Happy Thanksgiving, or a very nice day that is not Thanksgiving, depending on your location as you read this! I'm posting this morning as I slow cook some mashed potatoes and prepare to make some green bean casserole.

I was pretty peppy last night, and stayed up late playing games in order to hit a button on my slow cooker at the proper time. Kirby 64: The Crystal Shards was definitely the more interesting of the games I played. I went through 5 levels and a boss, not in that particular order, and even though I do, as I've previously mentioned, think that the setpiece bits in the boss levels make them drag a bit, it's such a nice, charming, and well made game! It is pretty easy going, but it makes me happy to play, and that's worthwhile. I think I'm probably pretty close to the end by now, so I'll probably clear it within my next few play sessions. 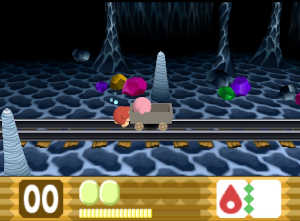 Less excitingly, I was also able to press on pretty well in Kandagawa Jet Girls. I finished the main rival team's story, which was fine, and moved on to the cheerfully deranged, Japan-obsessed foreigner jet ski girls. They are a delight, even if the races are not increasing in variety or difficulty. I cleared five story races last night, though, and if I can keep up that pace through the four-day weekend, I ought to at least get within range of this game's finish line. I'm pretty sure I'm officially over halfway through at the moment. 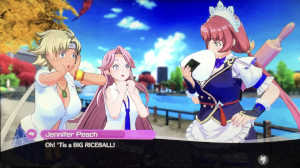 Yesterday was a little busy in a nice way, since one of my siblings visited, so I did more crafts and eating massive amounts of baked goods than I did any gaming. Kirby 64: The Crystal Shards suited my "look, it was only almost half the tray of peanut butter brownies, it's fine" vibe very well, though, so I played a few levels of that.

I don't really like the planet bosses in this game very well. They're decent setpieces, but actually playing the multi-phase bosses comes off as a little tedious to me. The boss I fought last night had a 15-20 second transitional phase between fights where you just kind of idly swim that drove me crazy. This is a pretty small complaint about a nice game, but since it's relevant to my playtime last night, I'm making it anyway. 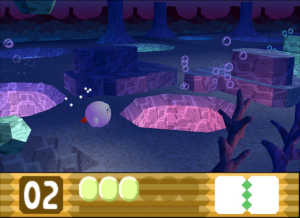 I felt nervous about work stuff for no reason last night, and am having trouble doing things in the right order to post today, so it's a short post to save frustration. I played Ranchboy last night until I got so frustrated I was actively angry, and then even had a nightmare where I damned myself to a slow and painful death because I was too stupid to solve the puzzles. 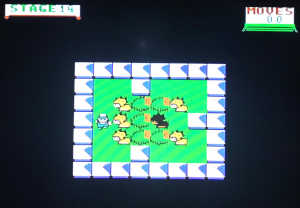 Then, I played Kirby 64: The Crystal Shards hoping it would relax me enough to get some sleep. I slept really poorly with, as mentioned above, bad dreams, but that's not Kirby's fault. 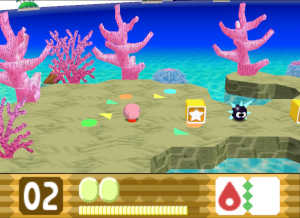 Yesterday, I had a doctor's appointment that was basically helpful, but I also had 4 vaccines at the end of it, on top of starting a new medication. I am so wrecked I cannot even sit at my desk to do this post today. It got a lot over with at once, though, so it'll save me trouble in the long run.

First off with games yesterday, I immediately regretted my "no new games for a few days challenge" when I ended up playing Sonic Runners Adventure in the waiting room. I did make incremental progress, but that doesn't mean I enjoyed it.

Before bed, I also tried to play Kirby 64: The Crystal Shards, but ended up only having good grip on the Switch controller for one level. This, of course, was also incremental progress, but I did enjoy it here. 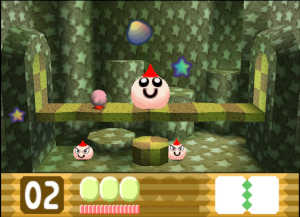 This post technically being done, it is time to go stay upright long enough to cook and eat some lunch.

There was too much noise in my apartment building last night for music games or, more despairingly, going to bed early, but I went in and got caught back up in Kirby 64: The Crystal Shards. My mom gave me a tiny TV that had been in our old house's kitchen, so I set it up in my bedroom basically to increase the number of game machines I could hook up at once. This game looked really great on it, though. The small screen played nice with the N64 graphics, which was nice. 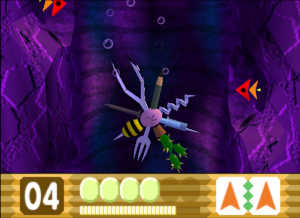 I'm considering having a "don't start any new games until Saturday, you unfocused dingbat" challenge for myself this week. It'll be good for making progress in the games I have going, yes, but I also won't have to make any new game pages for a few days. It's an appealing idea that I think I'll go for.

It's still no good! I wanted to play games for hours after everything was settled last night, but felt too tired and stressed to decide on anything. Now that it's a work day again, I feel kind of depressed that I blew my chance to relax so badly.

Using some old games I had laying around and some I brought back with me on Saturday, though, I finally set up and tested the Retron 5 I bought a while back. I ended up picking two Tiny Toon Adventures games, since I really liked it as a kid, the Konami games for it were pretty decent, and I had a couple of games for the license on hand. I need an SD card to play with the cheats and screenshot functions, and Best Buy was out of them last night, so I only played these a few minutes each.

My first victim was Tiny Toon Adventures: Buster Busts Loose for the SNES,which, had everything worked out of the box, I would have blown through with infinite lives enabled, laughing maniacally as I lay waste to the entirety of Acme Acres. Instead, I played the first level, pleasantly surprised that this is as good as I remembered it being, and put it aside for the next game. I'll pick this back up once I get the SD card for sure, but I'm not sure if I'll actually use cheats or not. 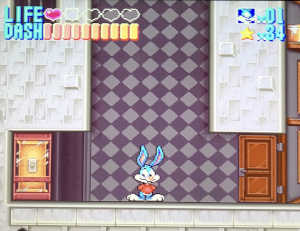 After that, I bounced to Tiny Toon Adventures: Acme All Stars for the Sega Genesis, which I did not click with last night. I bought this at a Disc Replay when I was in grad school, so I was not nearly as familiar with it, and it isn't really my cup of tea. It might still be fine, but I don't feel well qualified to talk about team sports games. The bowling isn't bad, but sitting through the three AI players to get back to my own frame was super tedious. I shut it off pretty quickly. 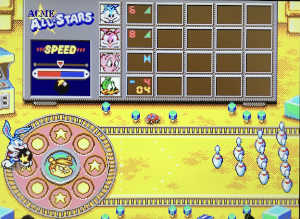 Lastly, I played a few more levels of Kirby 64: The Crystal Shards before bed, and went to sleep early. It's still fun, but I'm still having trouble sleeping a normal amount, so it's hard to make progress. 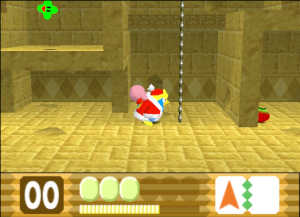 I'm still kind of spent today, but grabbed a lot of my old games from my family's old house yesterday, including my dear old friend The Bouncer! I don't know when that's going to become a problem, but I apologize in advance. Mostly I nabbed PS2 games, but I also tossed two SNES games, and one NES and PS1 game each in my oversized purse, with most of the overall pile being fighters. I was ready to add KOF: Maximum Impact and King of Fighters 2006 to my list of wanted games as re-buys, so I am happy.

I also found and stole my mom's old Selectavision player, a machine that plays movies with a stylus on grooves, like a vinyl record. It needs a new belt, from my tests last night, but I might post about it a little when I get it fixed.

Game playing wise, I wussed out and only played one more level of Kirby 64: The Crystal Shards. It wasn't for lack of enjoyment, but I got up way earlier than normal, drove a lot, and was doing a lot of digging, lifting, and dumpster tossing yesterday. 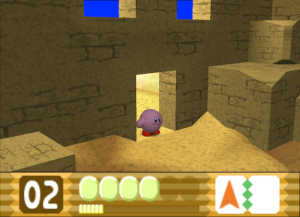 I also cleared my weekly challenge in Pikmin Bloom, getting 20,000 steps in for the week. I forgot my phone on a couple of walks this week, so it took longer than it should have. 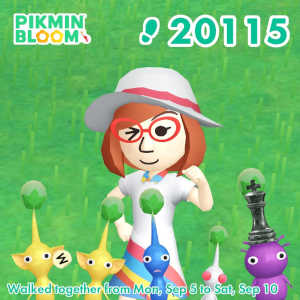 Here's another quick post on a week that won't let up. I played Kirby 64: The Crystal Shards on Nintendo Switch Online for a few minutes last night. I never beat it back when it came out, so it's a good candidate for completion now. It's very cute, too. 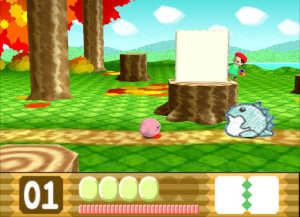 Now for two interstate drives in the rain in one day, my absolute favorite. Hopefully McDonalds will give me a pointlessly big coffee fast on my way out of town.