Finally, it's over! Using a mix of brute force grinding and power boost items, I cleared the final boss in StrikeForce Kitty last night! The main game was only a couple of hours long, but I think I spent well over 15 hours just level grinding to clear secret levels and the final boss. The ending was only one screen, too, which was kind of a letdown after all that. I got a lot out of this for a free game, though, and it was really cute! I will not go back and 100% this game, because I super don't want to, but I don't regret the time I spent on it, either. I'm really excited that I got through this game. 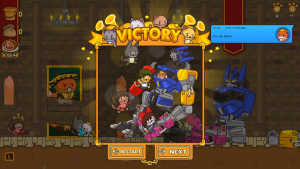 I'm really late posting today because today was a killer. I didn't sleep well a couple nights straight, and then I had car problems, tech problems, work problems, errands, and a trip to the grocery store, all delaying today's post.

Last night, though, I cleared the "secret boss" in Turnip Boy Commits Tax Evasion, finishing off the game! It was a short and easy game, but I thought it was fun and'll play the sequel when that hits Game Pass for sure. I hope it allows for more document destruction. 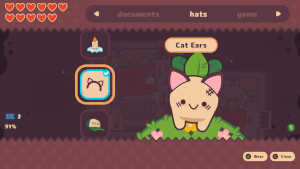 I also ground out another precious stat point in StrikeForce Kitty, the RPG with the least balanced endgame I've ever seen. I swapped into using the Ghibli cats after scoring them all from the secret levels, and feel like I'm finally within reach of beating this game. I don't know if I will this weekend, because the level grinding has gotten kind of boring. It would be neat, though 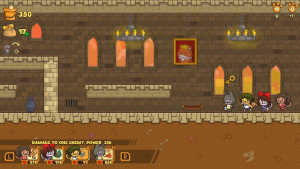 For tonight, I'll play something, at least for a few minutes, but for now, I'm off to make some crispy dehydrated mandarin oranges! They'll be delicious, and it'll make my apartment smell lovely, too. Even a bad day can be improved by the power of snacks.

I spent way more time looking at vintage cross stitch and embroidery stuff on eBay last night than doing anything of note, so this will not be a great post today. I did spend a few minutes playing Money Puzzle Exchanger on Switch, though, which is a puzzle game I've given a few chances since first playing on PSP. In it, you match up Japanese coins to bring them up a value- so, five 1-yen coins become a 5-yen coin, two of those become 10 yen, and so on, up to 500 yen. The variable amounts of each piece that you need to match make this game interesting, and I'm sure the key to the whole thing is over combo-ing the 1, 10, and 100 yen coins that are only good for matches of five pieces or more. It's fun, and the character designs are cute, so I'd really like to get the hang of this someday. Redownloading the Arcade Archives port onto my Switch turned out to be a fun idea. 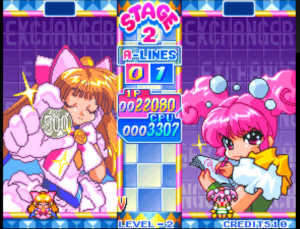 It's the start of a new month, and it feels like January went by so fast! It wasn't an awesome month, nor was it the worst. In terms of this blog's topic, though, I cleared 4 games in January, which feels pretty decent. Three of the four were tiny Cube Escape games, but that's okay. I feel good about it.

Last night, I didn't do anything to get posting for this month off to a good start. I felt really tired, and one of my neighbors was playing really loud music, so I played Hatsune Miku Project DIVA Mega Mix on easy mode until things quieted down enough to sleep. The bass from the other apartment got in the way a few times, but I wasn't playing hard enough to care. Every little bit counts for my goal of buying up all the unlocks! 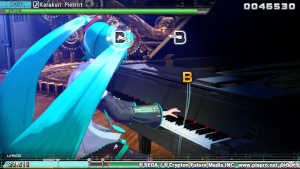 I also played a single, forlorn game of Disney Tsum Tsum, slightly thrown by the server I was on starting February a day early. I thought it was a US server, but maybe it's a general international one. 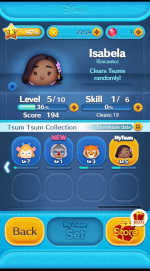 This is a pretty dull note to end a month on, but last night, I built a Gundam model instead of really playing games, then did an image in Calm Colors before I went to sleep. I'm still super set on getting the Christmas images over with, hence the candy canes. 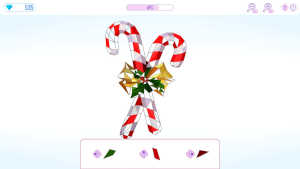 I was very correct that my focus would be poor yesterday, but that's okay. I did manage to beat the last dungeon and final boss in Turnip Boy Commits Tax Evasion, but I'd like to beat the secret boss and find all of the hats, so I'm not counting it as cleared quite yet. The final boss wasn't nearly as bad as the one I fought on Saturday, though, and having tried it, the secret boss doesn't seem to be, either. I'll get this done in the next couple days. 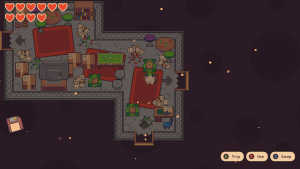 Before bed, I ran through five hearts on Disney Tsum Tsum, too, which was an okay way to shut my brain off. 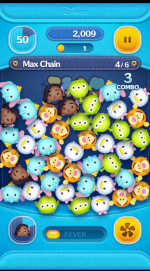 It's really hard to focus this morning. Since getting set up to post, I've taken some craft photos, cataloged a lot of the anime in my apartment, and cleaned the snow off my car. My guess from this is that I do not have a very productive day ahead. It's Sunday, though, so that's okay.

I think the game I played most yesterday was probably Turnip Boy Commits Tax Evasion. It's still mostly fun, and I'm still irritated by weapons switching during boss battles. I had to retry the boss I was fighting last night so many times, but I don't know if it's because it was actually hard, or just because I was tired. At this point, though, I think I'm at the last dungeon and'll probably beat the game in one or two more play sessions. 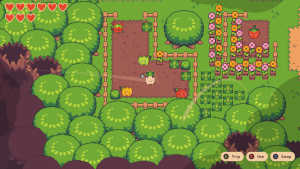 While I was fiddling around with GamePass, I also tried House Flipper. I got kind of frustrated trying to place a sink and shut it off in a huff, but kind of liked it. I'll probably play again. 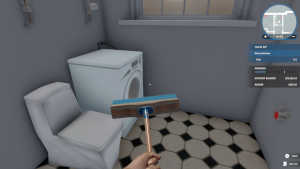 Lastly, I hit my "this is too repetitive to play for the next few days" limit on StrikeForce Kitty again, after working on some of the hidden levels for a while. I'll beat it eventually. 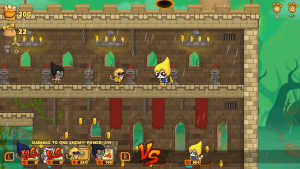